FOR THE HONOR HAS BEEN KICKSTARTED! NEW VERSION SOON! CLICK HERE TO CHECK IT OUT!

Rathael is a land full of magical people, fantastical creatures, and mystical kingdoms. It is studded with ancient ruins left behind by a long-lost civilization.

It had always been a peaceful realm.

That is, until twelve years ago. The Legion came down from the stars and began to colonize the planet. Their expansion was swift and brutal. Caught on the back foot, the kingdoms of Rathael united and forged the Rathaelian Resistance. The warriors and princepts of the Resistance fought valiantly.

Within a year they pressed the Legion back to their stronghold. Sadly, their final assault ended in tragedy. The Resistance shattered and the Kingdoms turned to isolation.

It has been twelve years, and a new generation is beginning to see the need for another Resistance. The Legion has been attacking towns again. The Kingdoms are sending out invitations to balls. And the Wilds have been getting stranger and stranger.

You, the princepts and warriors of factions at odds, will clash, quarrel, and flirt to sway Rathael in your favor.

For The Honor is an anthology game inspired by She-ra and the Princesses of Power. It's based on the Firebrands Framework by Vincent Baker and Meguey Baker.
For The Honor is comprised of 12 mini-games: The Prelude, Venture Forth, Crossing Paths, Mincing Words, Taking the Dance Floor, Hand to Heart, Taking Shape, Giving Chase, Blade to Stave, Search and Rescue, All-Out Battle, and Stand United.

You can listen to Quinn discuss and play For The Honor on the She-Ra: Progressive of Power podcast here: https://simplecast.com/s/4d1977f8

This game is nearly complete. The current version is 1.0! The layout is currently in progress so for now the game is here pre-layout but fully playable!
Buying the game now will get you the final version when it is released.  For updates follow @Mx_quinn and @forthehonorrpg on twitter.

I would love to hear about the stories you tell with this game. You can send stories and feedback to forthehonorrpg@gmail.com.

In order to download this game you must purchase it at or above the minimum price of $10 USD. You will get access to the following files:

Support this game at or above a special price point to receive something exclusive.

If you wanna check out this game, but the price is more than you can afford, please take one of these community copies. This initial pool was donated by Kickstarter backers during my zinequest campaign.

Every time someone buys the game I will add another copy to this pool.

It feels like a longshot, but figured I'd check here--does anyone know if there are any plans to at least complete the v.2 digital copy of this? It's been two years since the last Kickstarter update so I just wrote off the physical copy. I was hoping maybe the v.2 with the layout would still happen.

hey there, both are on their way actually! the print version is getting some final tweaks and the digital version should be right on its heels. it’s been incredibly hard to make progress on anything in the last few years so i’ve avoided posted updates so i don’t feel pressured to make promises i can’t keep. but i’m in the home stretch right now! thank you for your patience!

First off hi, love your work! I  got to play a oneshot of this a while back and we all had a blast. :) Second, oh wow, that's such a pleasant surprise! I hope I didn't come off as combative because I understand that especially indie creators have especially daunting tasks when it comes to trying to get work published and completed! I don't blame you at all, that seems totally fair. But I am absolutely delighted to hear that, I definitely have to let the friends I've played with know--they'll be excited to hear. :D

Is this where we buy the latest copy (i.e., v.2 after Kickstarter?)

The 1.0 version here seems to be the most recent. There's been no updates on the kickstarter for months.

I wish everyone playing this game a chance to live your wildest, most magical dreams.

Are there versions in other languages? If not, are translations part of the stretch goals of the kickstarter?

As a narrative game heavily reliant on mini-synopsis, I find it kinda hard to play with non  English-speaker

So, except for the layout, is the game finished?

It is! the 1.0 version here is the final version of the text before layout.

I think I bought a copy of this book from powells books in portland, oregon? Is that somehow different than the online pdf?

yes, it is of the previous version. a new print version is in the works right now!

If we purchased this through the bundle would we still be able to get the final version on release?

Reply
Jinx the Goblin2 years ago(+1)

is it possible to play this solo, and if not, have you thought about a supplement for that?

(This review corresponds to the .5 version of the game. If the download you're looking at is something like 1.0 or later, please ignore this.)

I'm not familiar with Firebrands, so I can't tell which For The Honor game elements are new full stop and which are simply new to me, but the design here feels really fresh. "This game is a series of minigames" being said outright isn't something I've run into before, and I dig it, even if the minigames are sort of just expanded versions of what Moves are in PbtA.

This is definitely more storytelling game than tactics game, so for folks who want crunch, this may not answer that need.

That said, the setting is big and messy and dramatic in a cool and polished way, and the minigames are written to support that, so if you want a game about strong characters having feelings at each other, this definitely will do that. It also leans very easily towards romantic fantasy, which may be another reason to pick it up, but it also doesn't expressly require romance, and it gives optional rules to forbid it.

Overall, I think the only spot that felt missing was NPCs. In FTH, they seem more like momentary props that you pick up and speak through during a minigame, which makes minigames like Stand United feel a bit off. Unless there's a major NPC that the whole group is taking care to incorporate and build up as a villain, it seems like it'd make more sense to Stand United against another PC, and I'm not sure that's the intended direction of the game---even if FTH does work as a very solid mechanical foundation for a pvp story.

If you want something story-focused, non-random, PC relationship-focused, and you like the mood and energy of the source material, I think you'll enjoy this a lot.

Awesome game! It was one of our highlight picks for our podcast on the Bundle for Racial Justice & Equality!
https://theindierpgpipeline.blogspot.com/2020/06/james-lloyd-itchio-bundle-for-r...

Character-driven GMless narrative roleplaying game, inspired by She-Ra and the Princesses of Power. Shows a strong understanding of best practice for consent between players, particularly in the scene guidance and mechanics for Meeting Hand to Heart. The game also notes that “Princess is not a gendered term in this game. It is Athera’s word for magician or spell caster. Anyone can be a princess, and these princesses usually don’t need saving." At time of review, it is still in beta. E4/5 stars - excellent.

I played this as a one-shot with my tabletop group last night, and we really enjoyed it! It's a very engaging, flexible platform for roleplaying, and the mini-games give just enough structure to help craft the scene and get the fun gay fantasy melodrama you want from a game inspired by She-Ra.

The one thing I wound up wishing it had was a minigame for sort of exploration/investigation of a space. Venture Forth works a bit for that, but since it's more about travel it didn't quite fit the "we're in this town (or spooky castle or ancient ruin etc) & strange mysterious things are afoot & we're gonna poke around and figure out what's up" scene that we were looking for.

I heard "For the Honor" and my head autocompleted it with "of Grayskull", is this related to She-Ra in any way??

Someone made their She-Ra AU fanfic into a TTRPG and somehow i ended up owning it.

Thank from the bottom of my heart

I bought this game last year, it's cool to see it in the bundle so that people can enjoy it! I'm livid that I didn't get notified there was a kickstarter earlier this year, however 😥

I just know about it when I checking in on a whim because of said bundle.

I don't even know what this game is yet but I came here thinking the same thing. I love all of you

I came here thinking the same thing. I love all of you.

EDIT: Didn't realize it was a spinoff. Please disregard.

Yeah - definitely feels like She-Ra ripoff. The font, the names, the style...

it's not a rip-off, it's based on the show. they just changed the names and stuff to avoid copyright issues. the description even mentions them talking about it on a she-ra podcast.

Oh okay! I misunderstood and missed reading that part. Thanks for the clarification. I'll be sure to check it out then. :)

Yeah, For the Honor is inspired by She-ra in a big way. It's a game that can tell She-ra style stories and also Saturday morning cartoon style stories or space opera stories.

im gonna get this but,, this is just she-ra with changed names???

She-Who? I don't think so. Never heard of her. Nope definitely not. In no way related. Nope.

yeah, it's inspired by the show, but it's open ended enough to let you do what ever you like with it. :)

Um, I believe it was pronounced Her-ra. 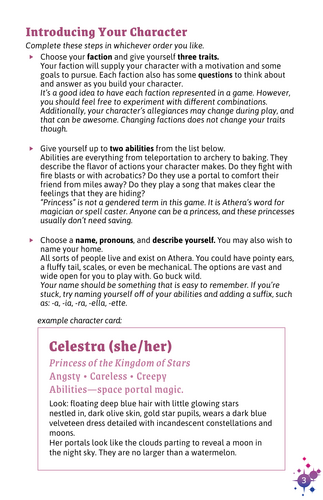 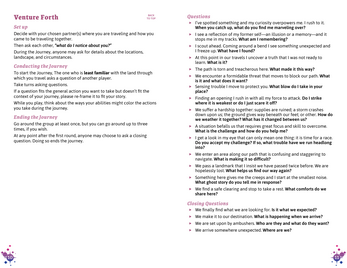 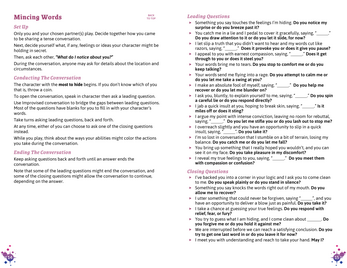