I'm very excited to share this, fairly large, update with y'all. 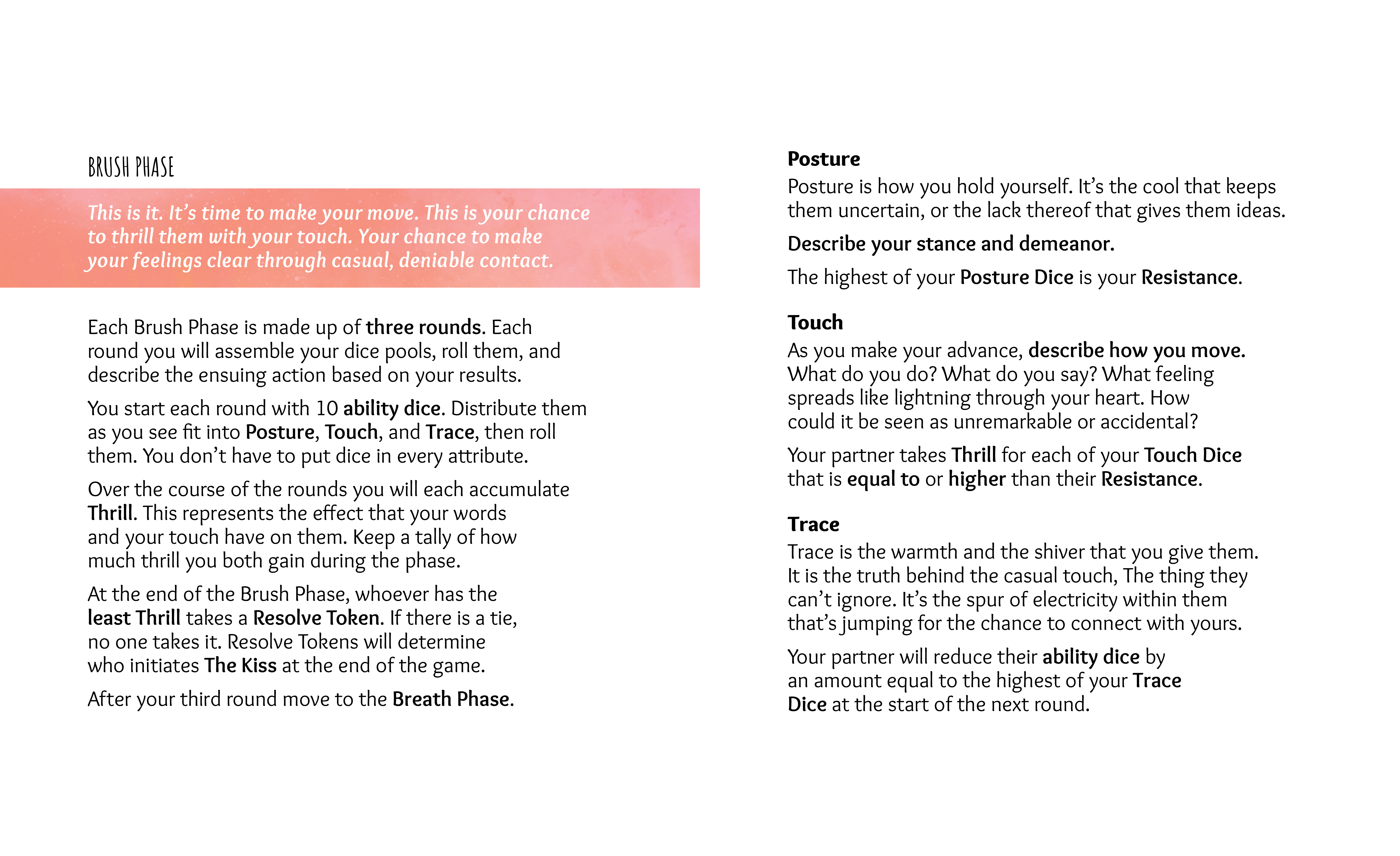 1) Revised Rules!
After a bunch of play-testing and watching (some very blushy) streams I decided to rework almost all of the text in the game. The game now explains itself in a way that is much clearer and livelier than it did in the past version. The Brush Phase had the most changes of all—Dice, Thrill, and Resolve tokens are all explained in clearer detail and the Abilities have been reworded for more streamlined play. There were also changes to the other phases, all for clarity's sake.  Less confusion, more kissing. 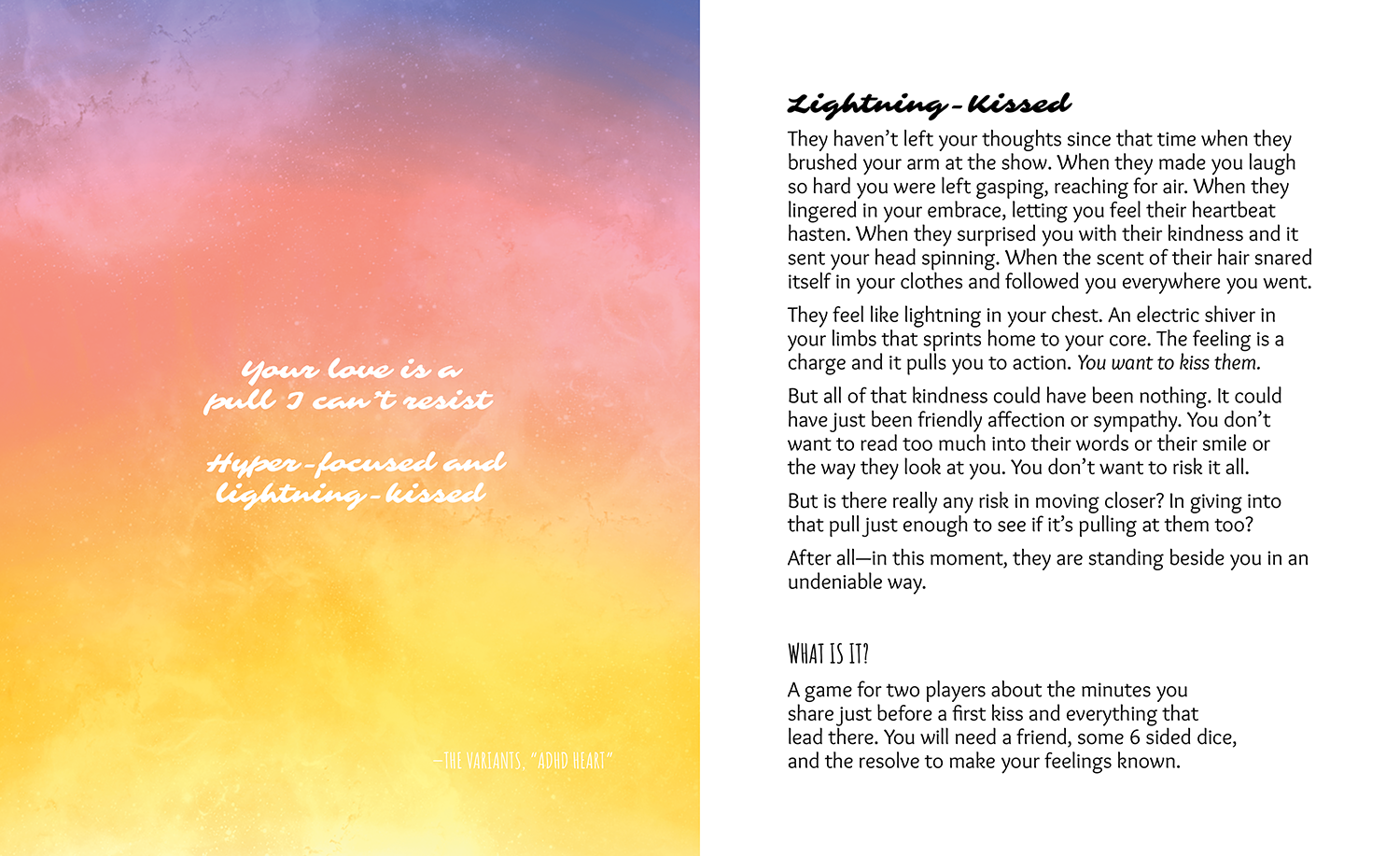 2) Neutral Pronouns!
I have added a version of the game that uses they/them pronouns throughout the text. I am very excited for more folks to be able to play this game! When I first wrote it the game was so intensely personal and specific that I hadn't really considered making it anything other than a sapphic story. But I have since learned that it can do so much more and I want as many folks who want to have cute romantic game times to be able to have them with Lightning-Kissed. I'm stoked. It also reads really nicely. 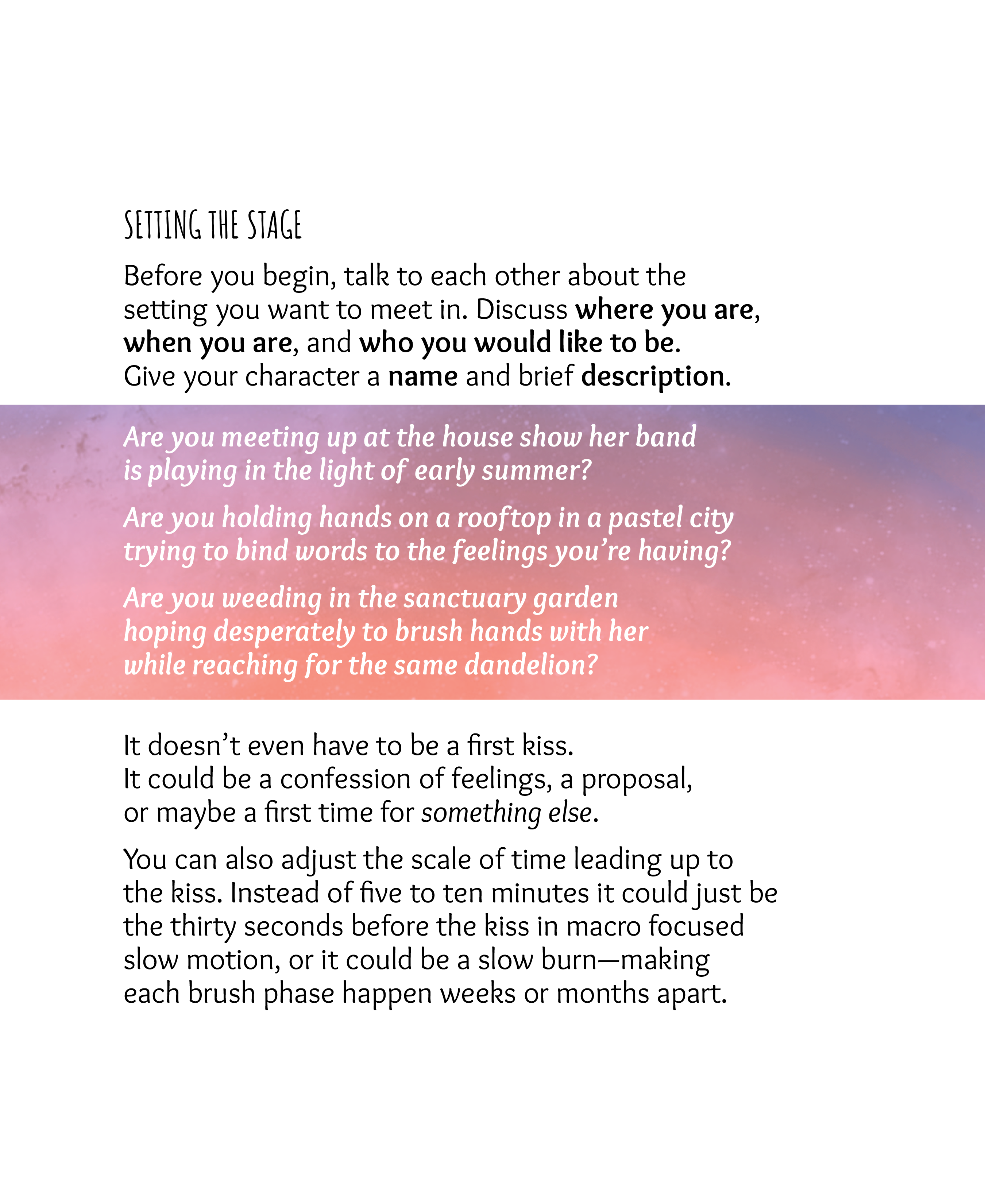 3) Setting the Stage Updates!
I've added more details for characters (before there were none.) I've also added a few more suggestions into the Setting the Stage portion of the rules. Change your time scale! live out your best slow-burn romance dreams in the space of 3 hours. ITS EXHILARATING!

4) Bleed!
I added a note on Bleed into the text because this game has been known to cause people to catch feelings sometimes. Best to be prepared.  Not that I would know anything about that~
In a future release I plan to also add a section at the end discussing decompression and after game communication, but at the moment I am not feeling as qualified to offer relationship advice as I want to be for that section.

I'm sure there are a few smaller things in there but those are the biggest updates. I hope you enjoy v1.5. Happy smooching!

the minutes shared just before a first kiss and everything that lead there.